Top 9 Places Everyone Must See in Texas

by Saykat
in Travel
0

Texas is considered one of the largest states in the United States. It has an area of 695,662 km² and borders Oklahoma to the north, Louisiana to the east, New Mexico to the west, and Mexico to the south. Austin – is the capital of the state.

If you want to visit Texas, you will have a great time at the Space Center Houston, San Antonio River Walk, the Alamo, Big Bend National Park, Dallas Museum of Art, Six Flags Fiest, Dealey Plaza Sixth Floor Museum, or at some of its beaches. Of course, you must go to a rodeo. Karta.com offers a wide variety of vacation rentals in Texas! Check them out while planning your trip.

An Introduction to the Rocky Mountaineer Train

Here are the 9 tourist attractions you can’t miss on your trip.

Located half an hour outside the city of Houston, this is a must-see destination if you love everything related to space and NASA.

Some people describe it as a “16,722-square-meter educational and entertainment complex that showcases more than 400 space artifacts, including the collection of moon rocks and samples brought back from the moon.” It offers permanent and some temporary exhibits on the first floor.

San Antonio is one of the most attractive cities in Texas for tourism. The River Walk is a strip of restaurants, hotels, bars, boutiques, and entertainment along the part of the San Antonio River that crosses downtown.

This area is almost always crowded due to its colorful and entertaining offerings, a bunch of restaurants and clubs. Booking apartments or a hotel on this street will guarantee that you won’t miss the fun! Check out the availability of vacation rentals on Karta.

This monument is the most visited in Texas and is located in the city of San Antonio. It is the site of the Battle of the Texas Revolution and now features interactive exhibits and live reenactments.

The Alamo was a way station between Texas and Mexico. Now you can marvel at its history, tour its gardens and delight in nearby restaurants during your trip.

If you prefer outdoor tours, visit Big Bend, one of the national parks of the United States located in West Texas.

Be amazed by its mountains, canyons and desert landscapes. In the park you can camp to see the stars at night, take a hike or take pictures of the flora and fauna of the place. A road trip along the scenic highways is also a great option.

It is one of the 10 largest art museums in the United States. Its collection spans more than 24,000 works and 5,000 years of history, with a full range of world cultures.

Admission is free and it offers permanent and temporary exhibits, lectures, literary events, and theater and dance performances.

The Dallas Museum of Art is open Wednesdays through Sundays from 11:00 a.m. to 5:00 p.m. It is recommended to purchase your free ticket in advance. 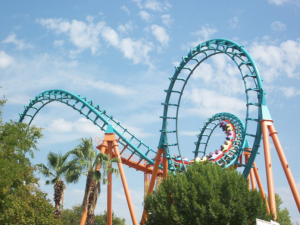 This is the most popular amusement park in the state and is located 15 minutes from downtown San Antonio. The one-day admission cost is $29.99 dollars or $34.99, depending on the day you visit.

The most popular rides are Superman: Krypton Coaster, Batman: The Ride, Boomerang and Crow’s Nest.

It is located along the southern coast of Texas, in the Padre Island National Park. The extensive sand dunes and warm waters will leave you in awe.

Swimming and fishing are available, but it is also an excellent place for camping, biking trails, reintroducing sea turtles to the sea and bird watching.

President John F. Kennedy was assassinated in Dallas’ Dealey Plaza on November 22, 1963. At the time it was the epicenter of national shock and now the Sixth Floor Museum honors Kennedy’s memory with exhibits.

It provides the historical context of the event and the aftermath of the assassination. “The sixth floor of the Texas School Book Depository was the primary crime scene of the JFK assassination. Visitors will see historic images, news footage, artifacts and original evidence areas,” they note.

Tex-Mex food is a fusion of Mexico and the United States. According to the Texas Office of Tourism, this gastronomic style is the result of “two communities that were once one and the same”.

The antecedents date back to the 19th century. On the southern border of the United States, cabrito, barbacoa and machaca, foods characteristic of the northern states of Mexico, such as Monterrey and Tamaulipas, were shared.

However, the dishes of both countries are differentiated by additives such as the type of cheese (yellow vs. quesillo). Or by the fact that Texan food is not as spicy as Mexican food and has a strong presence of cumin and onion.

One thing is certain: Tex-Mex food goes beyond beef tacos with yellow cheese or chili, delight yourself in the restaurant of your choice. Some of the best are: Aguirre’s Tex-Mex, Mia’s Tex-Mex Restaurant and El Mejor.

Popular Over-The-Counter Medicines That Faced Lawsuits in the US

Jebel Jais Mountain Zipline | The longest Zipline in the world

Why buying Instagram Followers Are the Key to Your Business Growth