The Best Space Documentaries Worth Watching in 2022

by Saykat
in News
0

As yet another year moves to its end, we have a few cold weeks left to get comfy under a warm blanket and watch a good movie. Why not one of the amazing space documentaries , released in this last decade? Some of these movies are so colourful and exciting to watch that they totally beat Hollywood blockbusters — not to mention, teach a lot of interesting things on top of that. Dig in, and let’s get started!

What is the best space documentary to binge-watch before this year is over? For us, this is definitely an eight-season-long documentary about all aspects of science imaginable. With Morgan Freeman as the movie narrator, this space documentary will answer a lot of intriguing questions, from the presence of the creator and afterlife to how aliens might look like.

Everything About Assured Saving Plans for Guaranteed Secure Tomorrow

Into the Universe with Stephen Hawking (2010)

This three-episode documentary is based on the works of Stephen Hawking, one of the most prominent astrophysicists of our age, and narrated by the charismatic Benedict Cumberbatch. The narration and visuals are simply fantastic, so you will watch all documentary episodes in one go, even if you have never been interested in space science.

Even though this movie deals with the famous Apollo program , it is not a typical space astronaut documentary. Instead of dwelling on Moon exploration from the astronauts’ perspective, it celebrates people ‘behind the scenes — the Mission Control team, engineers, etc. Interviews with Apollo 11 and 13 mission crew members are also there, so this space documentary is a must-watch on the eve of NASA’s new Artemis program.

As far as space documentaries on black hole topics go, this is one of the best. This movie gives a detailed but fully comprehensible account of how black holes affect galaxies, mentions when the first hole was discovered and explains how gravitational waves work around known holes. So, if you’ve ever been curious about these giant space monsters, this documentary is definitely a must.

According to Orbital Today the most interesting part about this space documentary is that it tells a story from an actual astronaut’s perspective. This movie is dedicated to Eugene Cernan, the last Apollo astronaut who walked on the Moon. But, it covers Cernan’s story from a different, more personal angle. The main question of this space documentary is — how much are you willing to sacrifice to keep moving space exploration forward?

The main focus of this astonishing documentary is the Cassini space probe that was studying Saturn for 13 years. The now complete mission ended with the probe’s death plunge into the gaseous atmosphere of this planet. But, before doing so, Cassini flew right in between Saturn and its rings, collecting the most valuable data in the process. 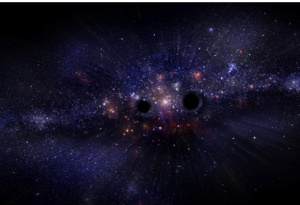 Seeing this documentary’s release date, you may wonder — are there any new space documentaries at all? Of course, there are, but if you have not seen this one, you should definitely do it now. This is a National Geographic documentary with a stunning collection of images taken by the Hubble telescope — that is, something totally worth seeing.

This thrilling BBC documentary tells about NASA’s mission of launching a probe to a far-away Pluto. There were a few setbacks with the mission, and the probe launched in 2006 could only reach its destination in 2015. In this process, it captured a lot of stunning images of huge icy bodies inhabiting our solar system belong Jupiter.

Voyager remains the farthest-going spacecraft launched so far. Without it, we would never get as many detailed space images as we have now, so this space probe launched back in 1977 is one of the most important achievements in space exploration even today. This documentary has so many stunning visuals and amazing details about our universe that absolutely everyone should see it.

This is a stunning space race documentary about our home planet. Yes, you read it right — soon enough, we should become a space-faring nation, colonizing other planets in our solar system. So, it is the right time to look back and answer some questions about our own planet. This great mini-documentary deals with the problems we face at home and how we can possibly solve them.

The last question is — are space documentaries free to watch? Most of the series on this list are available on streaming services for a reasonable fee, totally worth paying for the spectacle they offer. The Year of Pluto can also be found on YouTube for free, but believe us when we tell you — these amazing space discovery documentaries are worth both your time and a few dollars!

5 Things to Consider When Buying Land in Texas

5 Things to Consider When Buying Land in Texas

How physiotherapy can help you improve your performance

The Brian’s Club: How to Get a Job and How to Land Your Dream Gig